From March 4 until July 9 2023, the Dutch Museum of Lithography is hosting an exhibition on three generations of the Toorop family of artists, focusing for the first time on lithography.

Dutch artist Jan Toorop passed on his artistic genes to his daughter Charley Toorop, and she in turn to her son Edgar Fernhout. Although Jan Toorop, Charley Toorop and Edgar Fernhout developed completely separate styles, there is a natural kinship and influence that can be recognised in their work. The three artists are best known for their paintings, but they also used lithography, which this exhibition will emphasise on for the first time.

Jan Toorop was one of the most important Dutch artists of the late 19th and early 20th centuries. He worked in several stylistic trends, including impressionism, pointillism and later symbolism. One of Jan Toorop’s best-known works is the advertising poster for Delftsche Slaolie, a lithographic masterpiece that characterised Dutch art nouveau.

The daughter of Jan Toorop, Charley Toorop grew up in the artistic milieu of Katwijk. She soon decided to follow in her father’s footsteps and came into contact with important Dutch artists, such as Jan Sluijters. Charley had three children, one of whom, Edgar Fernhout, also became a well-known artist. After the birth of her children, Charley made the then unconventional choice to continue her artistic career as a married woman and mother. Charley Toorop also practised lithography. She used to graphic technique of lithography sporadically, mainly in the 1920s. Lithography was ultimately a great experiment for her.

Like his mother Charley Toorop, Edgar Fernhout was brought up on brushes and paint. Fernhout initially developed a realistic style, but eventually worked completely abstract. Through his grandfather and mother, he got in touch with other prominent artists, including Carel Willink. Unlike the dark lithographic works of Charley Toorop, Edgar Fernhout actually created frivolous, colourful flower still lifes and idyllic landscapes using lithography. 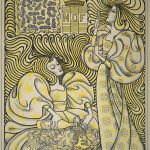 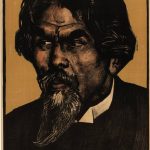 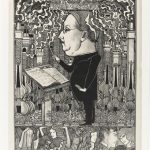 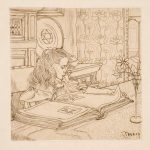 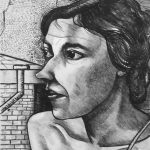 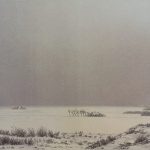 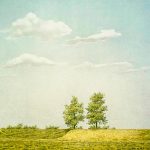 From Pointillism to Pop Art

In the exhibition PUNT. you will discover the graphic and technical connections (especially lithography) between stylistic movements such as pointillism and pop-art.

Pointillism is a well-known painting technique, which made an emergence in the late nineteenth century as a reaction to Impressionism. In this graphic technique, artists placed coloured dots or dashes on the canvas. They mainly used primary colours.

It was the French artist Georges Seurat who initially called pointillism also ‘chromoluminarism’. Seurat had been inspired by the new printing techniques that became more popular around 1880, including chromolithography. Like pointillism, chromolithography uses small punctures of ink to compose a colour image. Lithography was also used for poster art, which gained popularity in the French capital Paris from the late 19th century. It was this art form – particularly the work of French artist Jules Chéret – that caused this cross-pollination and influence on pointillist work.

What is Pop Art?

The punctuation of chromolithography not only influenced art movements such as pointillism, but also Pop Art. This was particularly the case with the Ben Day Process, which was developed by Benjamin Henry Day in 1879. The Ben Day Process (also known as Ben Day punctuation) consisted of small (coloured) dots used to create shadows in colour or shades of grey on paper. The technique was developed as a quick and inexpensive way to print in colour. This technique was inspired by the half-tone puncturing of lithography. In the 20th century, this technique was mainly used in the production of comics in colour, so that they could be produced quickly and cheaply.

The Ben Day technique was never seen as part of the visual arts until Pop Art artist Roy Lichtenstein inspired his work on it. He worked with comic book art, reworking and enlarging it. Later, this puncturing technique was then known as the ‘Lichtenstein Dots’.