A richly illustrated paperback edition about the Dutch Museum of Lithography. Also available as a hardcover in Dutch!

On the occasion of the tenth anniversary in September 2011, the book ‘The Dutch Museum of Lithography’ was presented. A beautifully illustrated coffee-table book in large format (available in Dutch or English).

It is a tribute to stone printing and lithography, and to the Dutch Museum of Lithography in Valkenswaard. A museum of which Professor Michael Twyman (Reading University) wrote in the guestbook in March 2011: “A superb museum! I have seen many printing museums around the world, but this is the finest display of lithography I have ever seen anywhere. Congratulations!”

Besides a fascinating description of the founding of the museum and its first ten years, the invention and the global conquest of this flat printing technique, the rise of lithography in the Netherlands, lithography in everyday life and even the role of lithography in the manufacture of the microchip are discussed. Also interesting are the columns of 20 international professionals from more than seven countries who tell about their relationship with lithography. 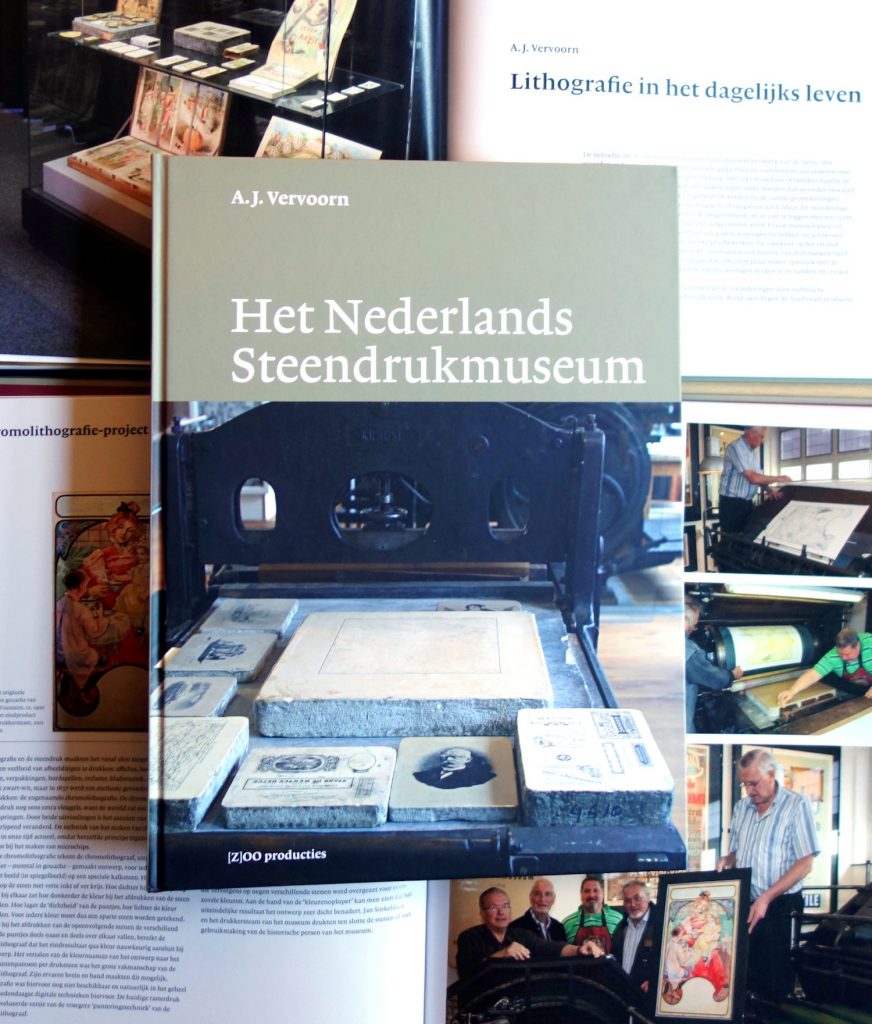 A richly illustrated harcover edition about the Dutch Museum of Lithography, and a tribute to the invention and development of lithography. Also available as a paperback in English!

Explore the world of stone printing at the Dutch Museum of Lithography! Plan your visit and book your tickets online.

Plan my visit
I want tickets

On Friday 4 November, our curator Frédèrique van Duppen will tell you all about the magical East! Language: Dutch

On Saturday, August 27, artists Lotte van Lieshout and Fiona Lutjenhuis from the Litho XXL project will tell you about their work! Language: Dutch.

Art of Printing included in the Inventory of Intangible Heritage

On Tuesday May 31, the Art of Printing was included in the Inventory of Intangible Heritage in the Netherlands.